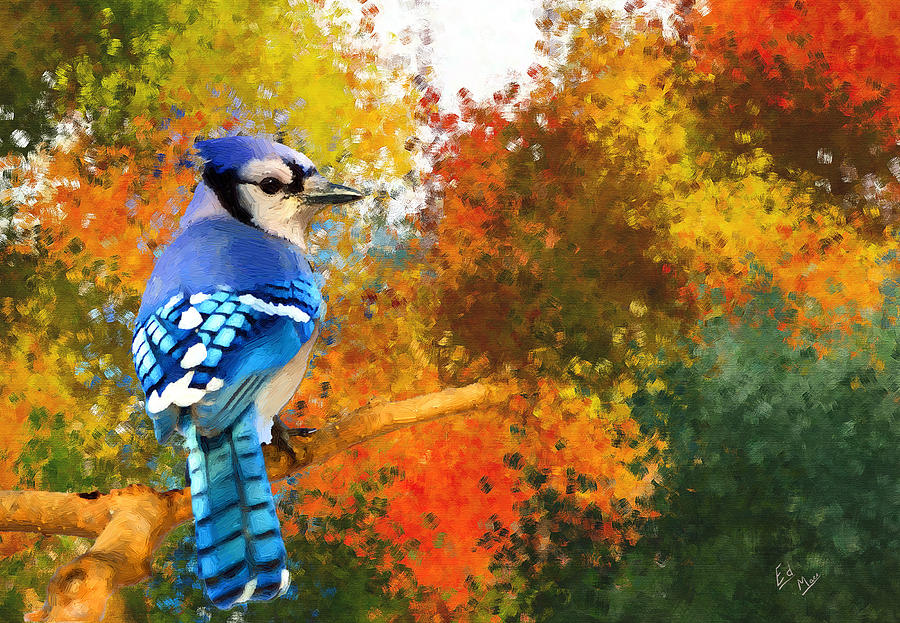 The blue Jay is a passerine bird in the family Corvidae, native to eastern North America. It lives in most of the Eastern and central United States Eastern populations may be migratory. residential populations are also found in Newfoundland, Canada, breeding populations are found across southern Canada. It breeds in both deciduous and coniferous forest and is common in residential areas. It is predominantly blue was a white crest and underparts of blue crest. It has a black U-shaped collar around its neck and a black border behind the crest males and females are similar in size and plumage and plumage does not vary throughout the year.

Gorgeous work ~ love the stunning use of complementary colors!

Beautiful picture of this gorgeous bird!

Terrific painting of this beautiful bird surrounded by fall colors.

love this -- we love Blue Jays!

I love this painting, William! Following you. Terry