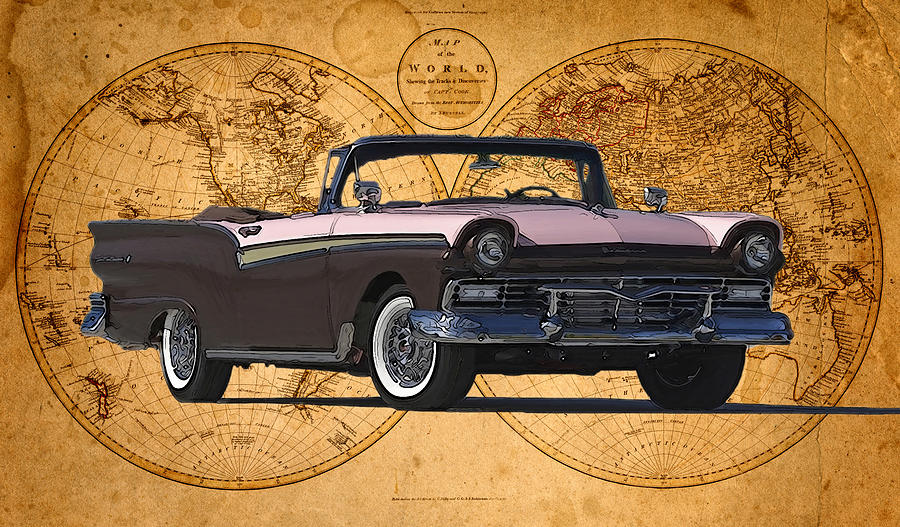 When Ford introduced the Skyliner in 1957, jaws dropped and people took notice. A retractable hardtop convertible from a mainstream manufacturer at an affordable price was big news, but the tried and true Ford Sunliner with a traditional soft cloth top remained as the go-to convertible offering from Ford. More affordable than the Skyliner, the Sunliner was also lighter and made full use of its trunk even when the top was down. The Sunliner saw over 75,000 sales in 1957, as opposed to just 20,000 Skyliners sold the same year, which largely reflected the price point of both cars and an interest in buyer traditionalism. Arguably one of the best designs ever by Ford, the 1957 model year saw healthy sales overall compared to previous years, and would actually mark a high point for a few more years.